Should Homeowners in Northern Regions Worry About Termites?

Let’s be honest: “termites in cold weather” isn’t a common phrase. However, while termites have been historically associated with warmer weather, researchers at the Intergovernmental Panel on Climate Change predict the U.S. will see an annual average rise in temperature of 3 to more than 4 degrees Celsius over the next century. It’s believed this increase is allowing termites to better survive winters in more northern climates.

How Far North Do Termites Go?

In recent years, there have been reports of termite infestations in traditionally colder locations such as Wyoming, Montana and South Dakota. In fact, the only state where termites cannot survive is Alaska. It’s believed termites reach northern locations via infested soil and/or wood shipments from the south. Once they reach their new destination, termites are able to thrive and continue spreading if untreated.

How to Spot Termite Damage 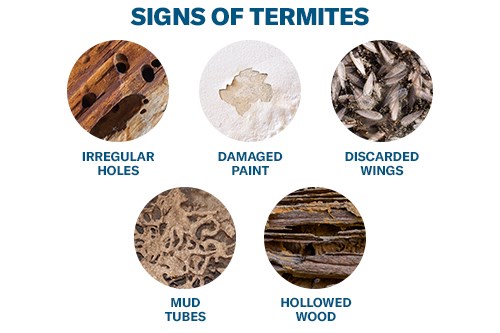 Because termite damage is destructive and costly, it’s important to know how to spot. This includes:

If you are considering buying or building a home in an area where termites traditionally haven’t been a concern, it could be time to get ahead of their spread by considering building materials engineered to resist termite decay.

One of the most important advantages of LP® SmartSide® Trim & Siding is its effectiveness to resist termite damage. During the proprietary LP® SmartGuard® process, these engineered wood products are treated to the core with zinc borate, which is proven to resist termites and fungal decay for decades. This treatment is applied to all LP SmartSide products, which are then factory primed to add another level of protection against moisture.

Speaking of moisture, homeowners are more likely to spot termites after periods of precipitation as these insects thrive in water-soaked environments. After rain, termites often increase their reproductive activities in order to expand their colonies.

To put LP SmartSide Trim & Siding to the test, we exposed samples to colonies of Formosan termites (the most aggressive termite specie) in the Hilo, Hawaii rainforest. After years of exposure, LP SmartSide products remained structurally sound in an environment with an average temperature of more than 70 degrees, high humidity and up to 170 inches of annual rainfall.

Interested in learning more about how LP SmartSide products stand up to cold, wet climates? Check out our blog on how engineered wood can combat potential damage caused by winter weather conditions.

How to Approach Your Siding Project Like a Pro

Re-siding your home can completely transform its look and increase curb appeal exponentially, but completing a re-side is a big job and a significant investment. If you’ve never done it, it’s hard to know what to expect and how to prepare for a siding replacement.

Everything You Need to Know About Board & Batten Style Siding

How to Choose LP® SmartSide® Siding For a Shed

Office, at-home gym, man cave, garden center—your shed can be whatever you want it to be and LP products can help you get there. As one of the most durable siding options on the market, LP® SmartSide® Trim & Siding is the home siding that is a great option for houses and sheds alike.

While many homeowners focus their attention on interior holiday decor, giving your home’s exterior a festive upgrade will help ensure it’s a showstopper the moment friends and family pull into the driveway. We talked with lifestyle blogger Liz Marie Galvan to get her top outdoor holiday decorating tips.